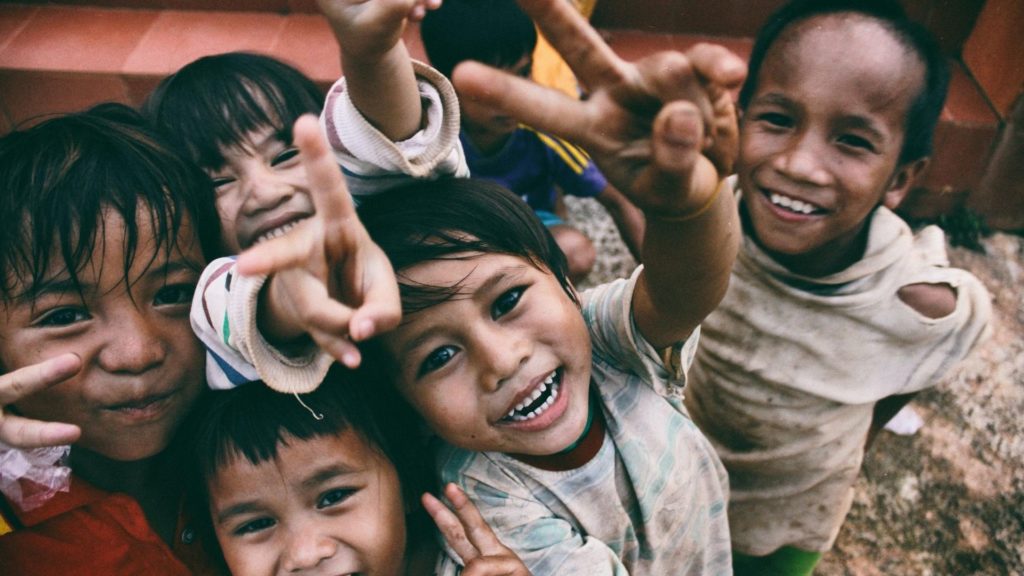 The best communicators are always the ones not with the best stories, but the ones who know how to tell a story best. Think of the great communicators you know personally. They are probably mostly telling stories to attract an audience. That’s what captivates viewers’ attention the most.

Stories affect people’s emotions, actions, and behaviors. Stories get into people’s minds in a way that no other means of communication can.

As humans, it is our tendency to react to stories. We tend to remember a good story for much longer than facts and figures which is what makes good storytelling special.

Oral language was one of the first forms of interpersonal communication, generally used to tell stories past from which we learned from the experiences of others.

When we hear facts and figures, only a part of our brain activates, but when we hear a story, many other parts of the mind come alive, such as emotion.

As a result, storytelling becomes a great strategy for fundraising, raising awareness, mobilizing volunteers, building trust, and much more. This is a great tool for businesses and, especially, nonprofit organizations that deal with the “business” of telling stories in a world-changing way.

Most nonprofit organizations have all components necessary to tell a captivating, heart-throbbing, motivating story right at their fingertips but lack the know-how and wherewithal to piece the puzzle together into something potential donors care about.

Let’s take a closer look at why storytelling can be so effective in charity.

Why is it important to tell stories?

Let’s take a look at why storytelling should be an integral part of your organization’s marketing plans.

Stories create context, give meaning and purpose, and help us to connect and empathize.

Therefore, your nonprofit should use storytelling as a regular part of its content plan.

Starting with a story may seem illogical when developing a marketing strategy, but the story can help us connect and remember things; so, good storytelling can form the basis of a nonprofit marketng strategy.

Although a story is microscopic in the realm of today’s fast-paced world, the real value is about a donor recognizing the issues facing the beneficiary (or the charity) while also recognizing that they understand the context in which your organization is operating.

For example, nonprofits that are innovating in the field of food waste management can help us understand the latest technologies serving the industry. And, a good nonprofit realized the potential to use the results of the programs to develop ways to raise funds.

A great place to start, in this example, is by sharing a story of a low-income family who, because they had to make a difficult decision, decided food on the table was more important than education for their children.

People make decisions on an emotional level. Logic and data are important, but it is our emotions, supported by logic, that drive and change us.

Stories evoke emotions in us more than anything else. In fact, without the story, there would be no emotion. Data cannot create emotion unless it is connected to a story from the past.

Stories, if done well, can easily encourage people to make donations and this is what all nonprofits want.

We rarely hear good stories, but when we get the opportunity, we are present and involved. When presented data, it gives us reason to evaluate, question facts, figures, beliefs, and opinions, and swing judgment like a stick.

When we hear a story, we jump into the discussion. We are educated from an emotional standpoint which stays with us longer.

Stories build bridges with people and evoke empathy. They force us to communicate with them. They highlight what we all have in common or what we can identify with and how we operate.

This is very important for any organization, and especially for nonprofits, because emotions is the driving force behind charity work.

Here are a few charities doing an excellent job of sharing cause-based stories:

Charity: water is a master at telling emotional stories. They are constantly exchanging stories on their website and social networking sites, using photos and videos to bring the audience closer.

If you look at their “Stories” page, you’ll see that they don’t always tell the same kind of story. They try to capture as many points of view as possible and are, generally, optimistic in all their stories. They actively make an effort to maintain a positive tone.

Ethiopians and Americans are far removed from each other. However, their “Someone Like You” project aimed to bring together those people. Communicating the similarities and bringing about conversation to 400 people in Adi Etot, Ethiopia.

This is a creative way to use storytelling to inspire involvement.

Kiva, one of the world’s leading microlending companies, was founded in 2005. In its first year of existence, they distributed more than $500,000. Since then, it has taken the charity sector by storm. More than 700,000 people have made more than $120 million in loans.

Kiva has also achieved this success by telling its story.

From the beginning, Kiva’s goal has been to engage people through positive emotional connections with sights set on reducing poverty.

Now, they tell emotionally involved stories about lenders, borrowers, and everybody in-between. There are so many people involved in Kiva’s mission and they continue to involve more.

Innovation is equally important in telling stories. Take, for example, Pencils of Promise, who have used storytelling to raise funds for years.

They take the audience to a remote village in Ghana where they show their donors the difference they play in the education of youth there. Using real, quality images tells a story like none other.

In 2015, with this approach, they raised over $1.9 million in one night from their supporters at their annual gala.

One Girl promotes many stories of young girls in Uganda. They do this to appeal to emotions.

Data presents a problem, but stories drive home the message and appeal for change.

Data portrays the overall state of obstacles to girls education in Uganda, but a story about a young girl’s situation tugs on our heartstrings. We are able to empathize and feel for the individuals we see and hear. We see their faces, we see a glimpse of their lives and their struggles, and we are moved to act.

This is the power of storytelling.

Habitat for Humanity has dedicated a whole page to stories of those they’ve helped. Including after Hurricane Harvey, which stole from so many. Check out the difference between this bit and normal data:

““I saw 30 years of a life gone,” Lynn says of the August 2017 night when Hurricane Harvey swamped her Habitat house with more than 5 feet of water.”

They use powerful images and stories to show the impact they have on people’s lives. This hits in an entirely different way as statistics and numbers.

Is your organization interested in learning about good storytelling? You can sign-up for the CreativeVolunteer newsletter for insights, tips, and lessons on organizational storytelling for charities.

Interested in becoming our partner? Have a look at how our program works and email us at partner@volunteer-opportunities.org to express your interest.